All the skyscrapers in Paris are concentrated in a region several miles from the city centre in an area known as La Defence.

Ostensibly this is because Parisians wish to preserve the beautiful history and quaint architecture of the old city without the eyesore of modern steel and glass.

That’s probably true but there’s another, more practical, consideration at play. Central Paris is completely riddled with underground tunnels.So much so that it’s dangerously impractical to lay down foundations for high rise buildings. The catacombs and old mines under the city are so old and so extensive that no one has a firm idea of which areas are safe to build on.

Geologically Paris sits in a rich basin of sedimentary stone with large deposits of limestone and gypsum.  The first mines date back to the 12th Century and extraction continued well into the 20th century before it became clear that they were literally undermining their own city. The first major collapse occurred in 1774 when a large section of what’s now the Avenue Denfert-Rochereau dropped 30 meters into the ground taking with it several homes and a few unfortunate residents. The disaster prompted the crown to create a department specifically to chart and re-enforce the mines- the Inspection Générale des Carrières (IGC). Thus far they’ve discovered more than 270 kilometres of tunnels.

Of these only a tiny fraction have been used to house human remains. In the 18th century overcrowding in the municipal cemeteries forced the city authorities to begin exhuming remains which were then dumped unceremoniously into the tunnels. Later on sections of the quarries were converted into a fully-fledged ossuary with elaborate sculptures being created out of rock and bones including memorials and headstones from the old cemeteries. The bones of about 6 million people are interred in the Paris Catacombs and the remains date from the late Merovingian era about 1200 years ago all the way through to the 19th century. Only a small section of the Catacombs is officially open to the public but that route takes you through some of the more oddly decorated sections of the tunnels.

Unofficially the quarries and catacombs are a bit of a free-for-all with thousands of people every year finding there way into and out of the tunnels. Points of entry are everywhere – the tunnels join up with the stormwater and sewage systems, the metro lines and many old buildings have basements and parking lots that connect to the tunnels. In the past they’ve sheltered revolutionaries and monarchists and communists and fascists. Some tunnels were used as a base by the French Resistance during the Second World War even while occupying German army troops were converting other areas into air-raid shelters. These days some sections of the tunnels have been reclaimed by the property owners above and turned into nightclubs and galleries and wine cellars. Somewhere under the Banque de Franc is a vault that holds France’s gold reserve -some two and a half thousand tons.

Paris police even have a dedicated tunnel-patrol division – the cataflics – whose job it is to root out explorers and graffiti artists and the odd rave party. According to an article in National Geographic:

” in September 2004 …the Paris police discovered an illegal cinema beneath the Palais de Chaillot. Patrolling officers had stumbled across the hidden amphitheater, fully equipped for movie screenings. For an illegal setup, it was remarkably sophisticated: Next to a screen and projector sat a bar and restaurant outfitted with several telephones and Internet access. The complex was protected by a closed-circuit-TV security system that set off a recording of barking dogs whenever an intruder passed by.”

The official tour starts underneath Denfert-Rochereau and takes you past sculptures made by early miners from the reign of Louis XV and into the ossuary where an engraved plaque reads ‘welcome to the empire of the dead’. The only thing more disconcerting than the endless walls of bones is watching fellow tourists goof-off and get happy snaps infront of the remains.
There’s another fascinating National Geographic article on modern urban exploration in Paris to be found here. The Photographer for that story Stephan Alvarez also has a segment of his portfolio dedicated to various underground places and personalities in Paris which can be found here. 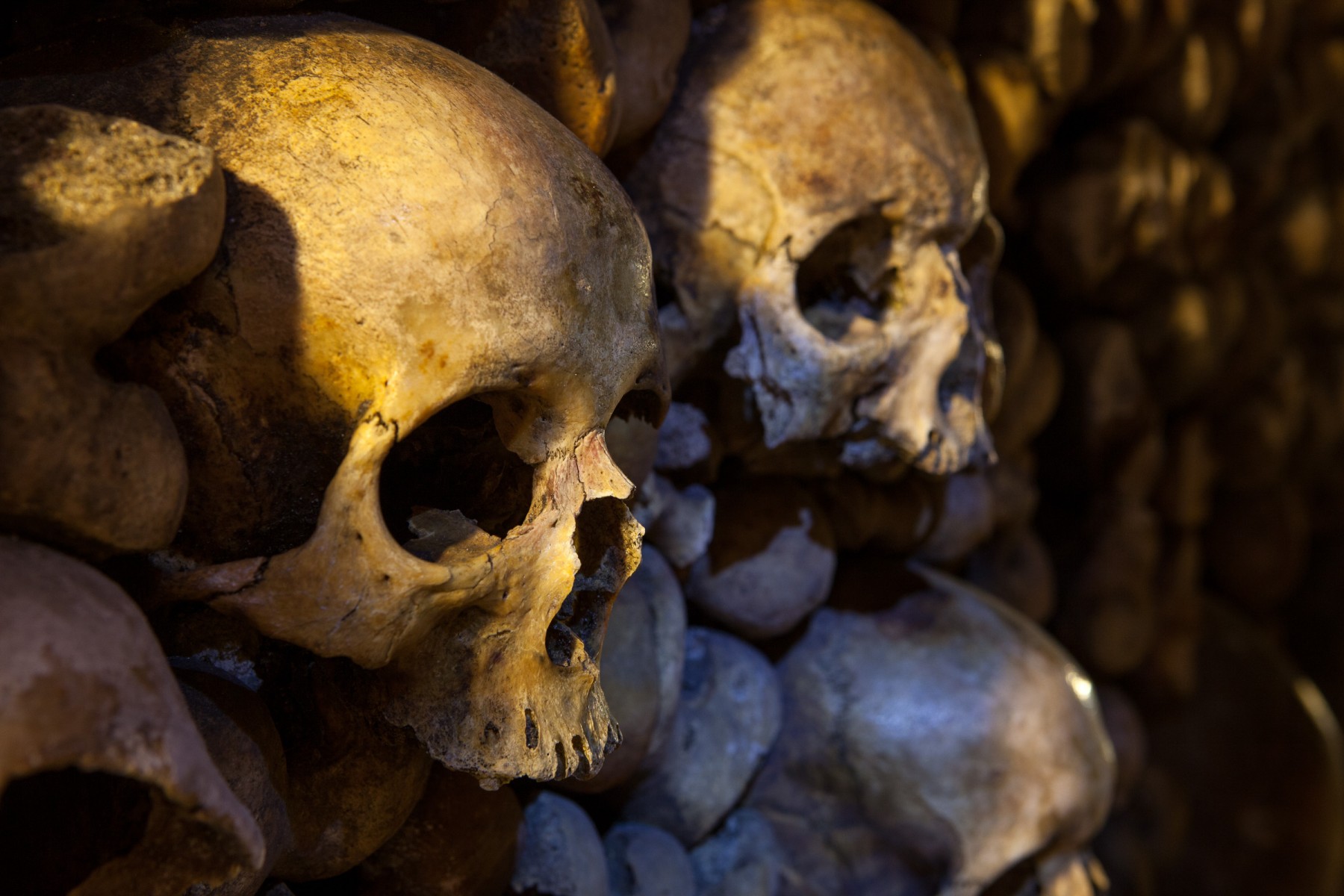 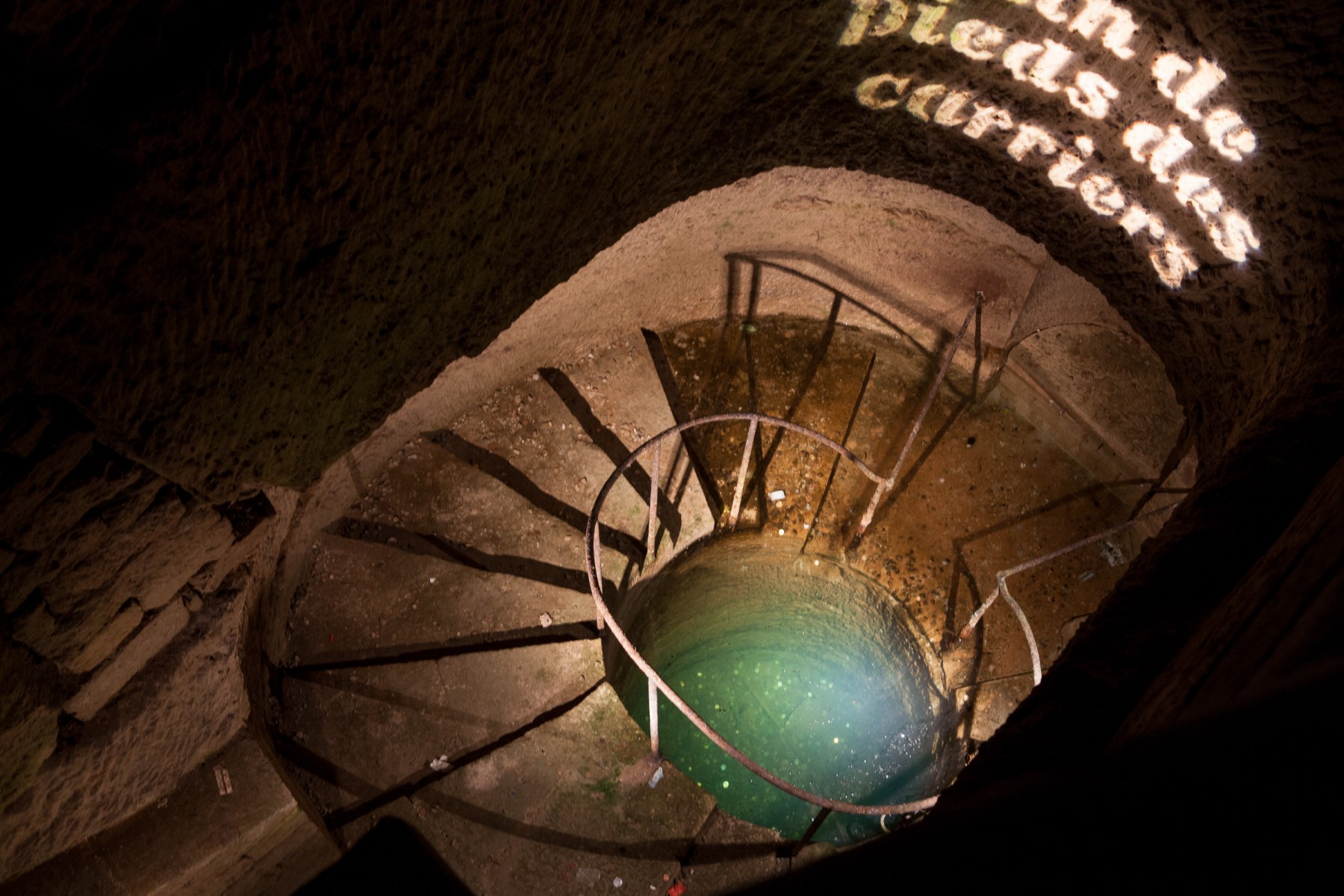 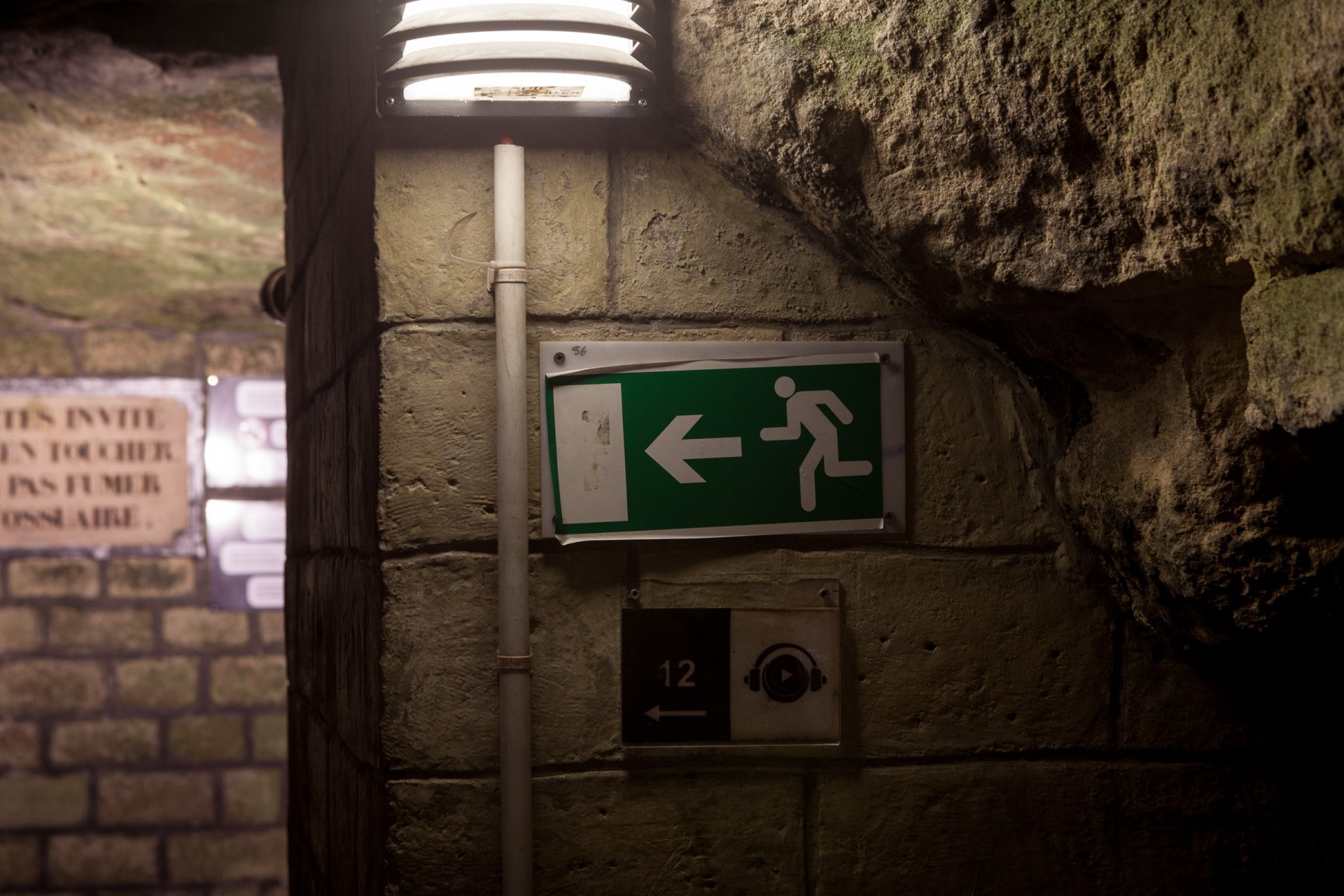 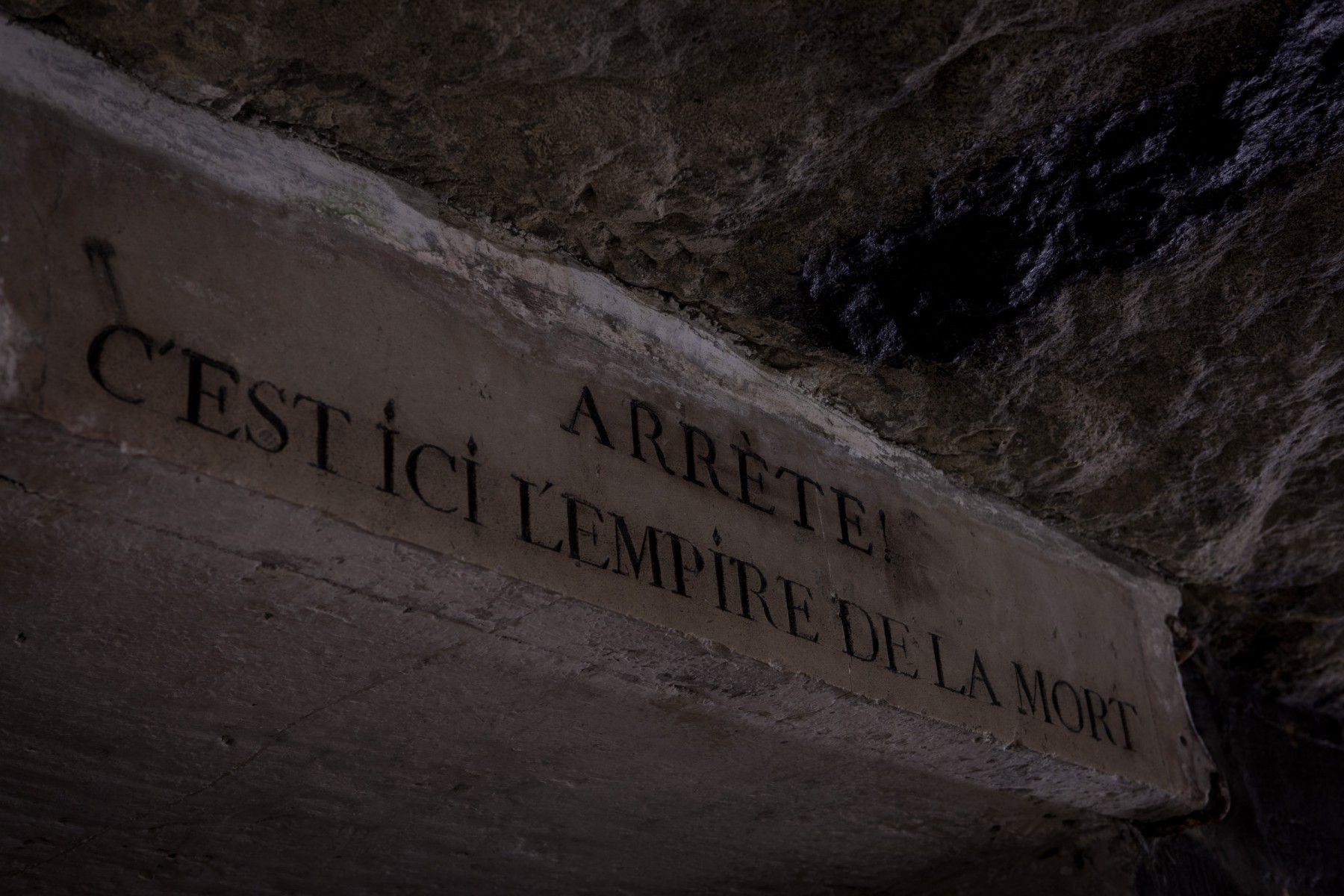 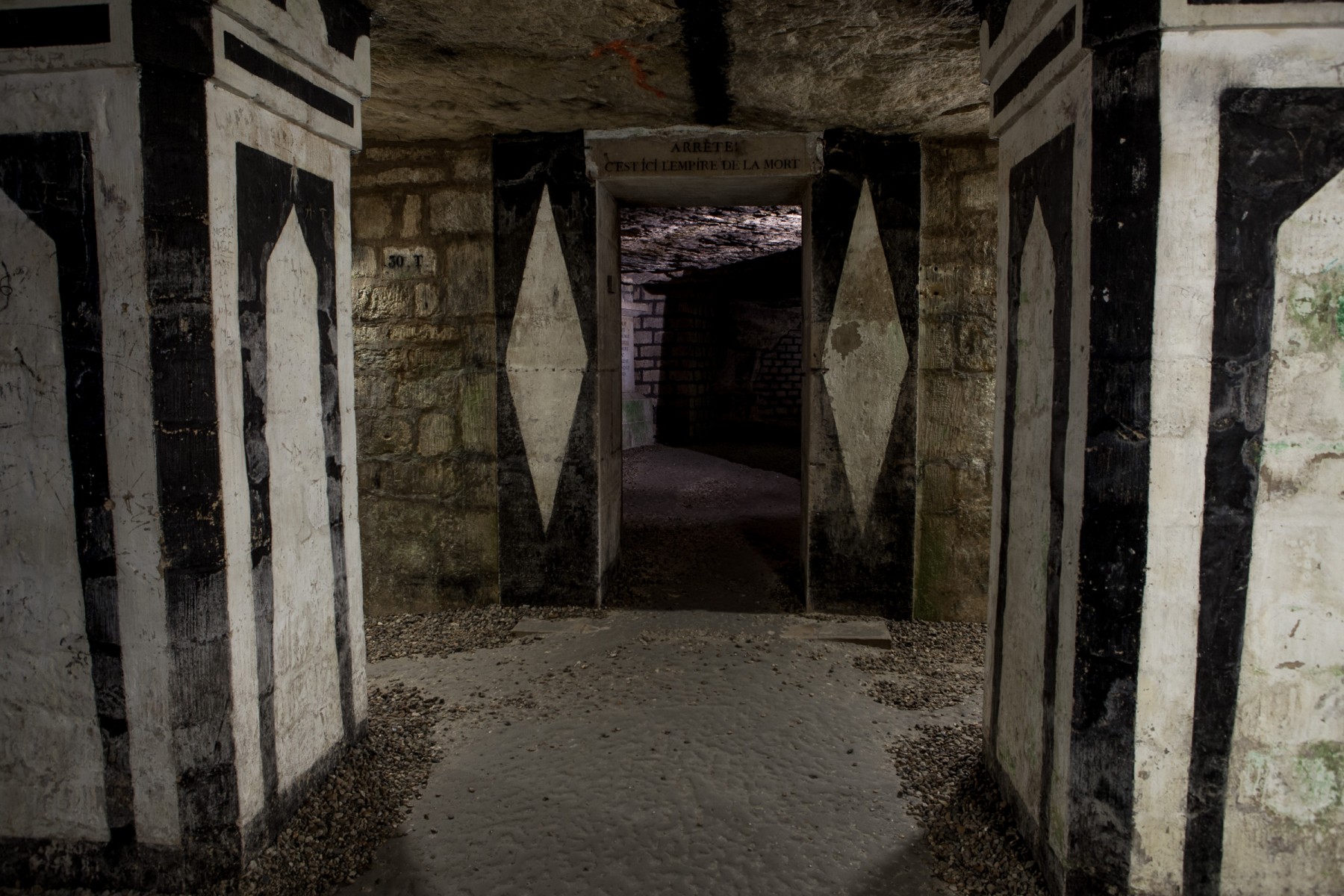 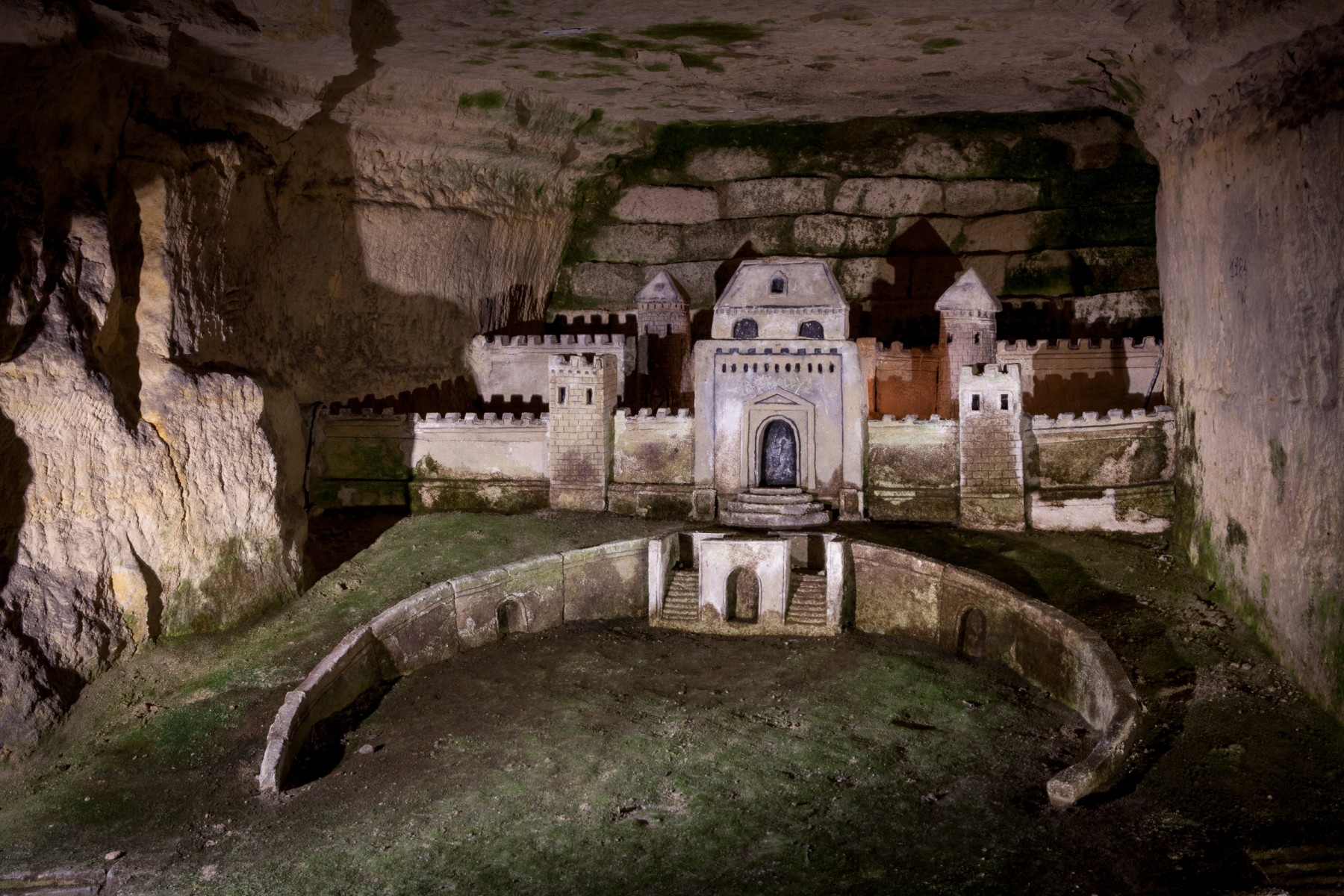 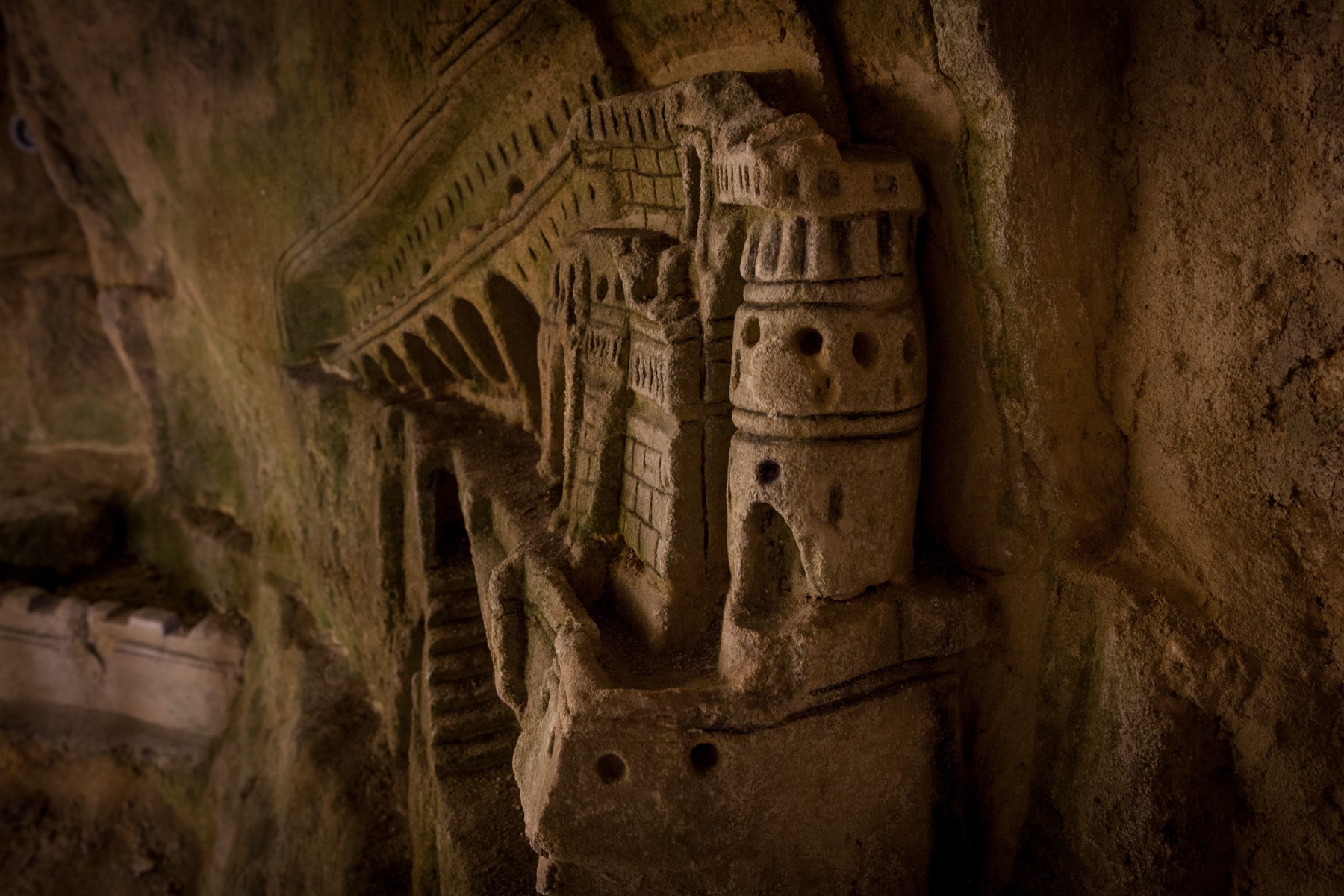 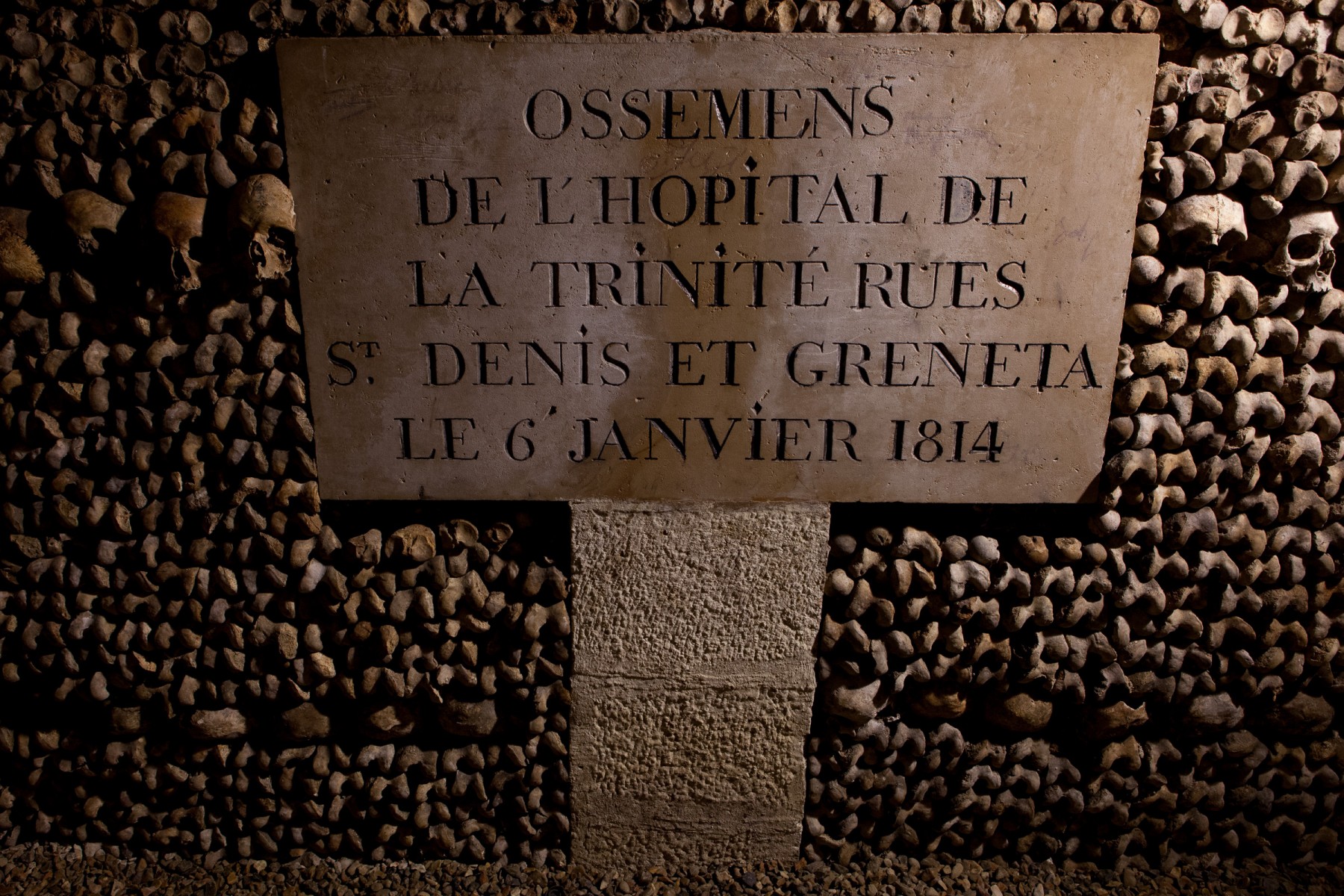 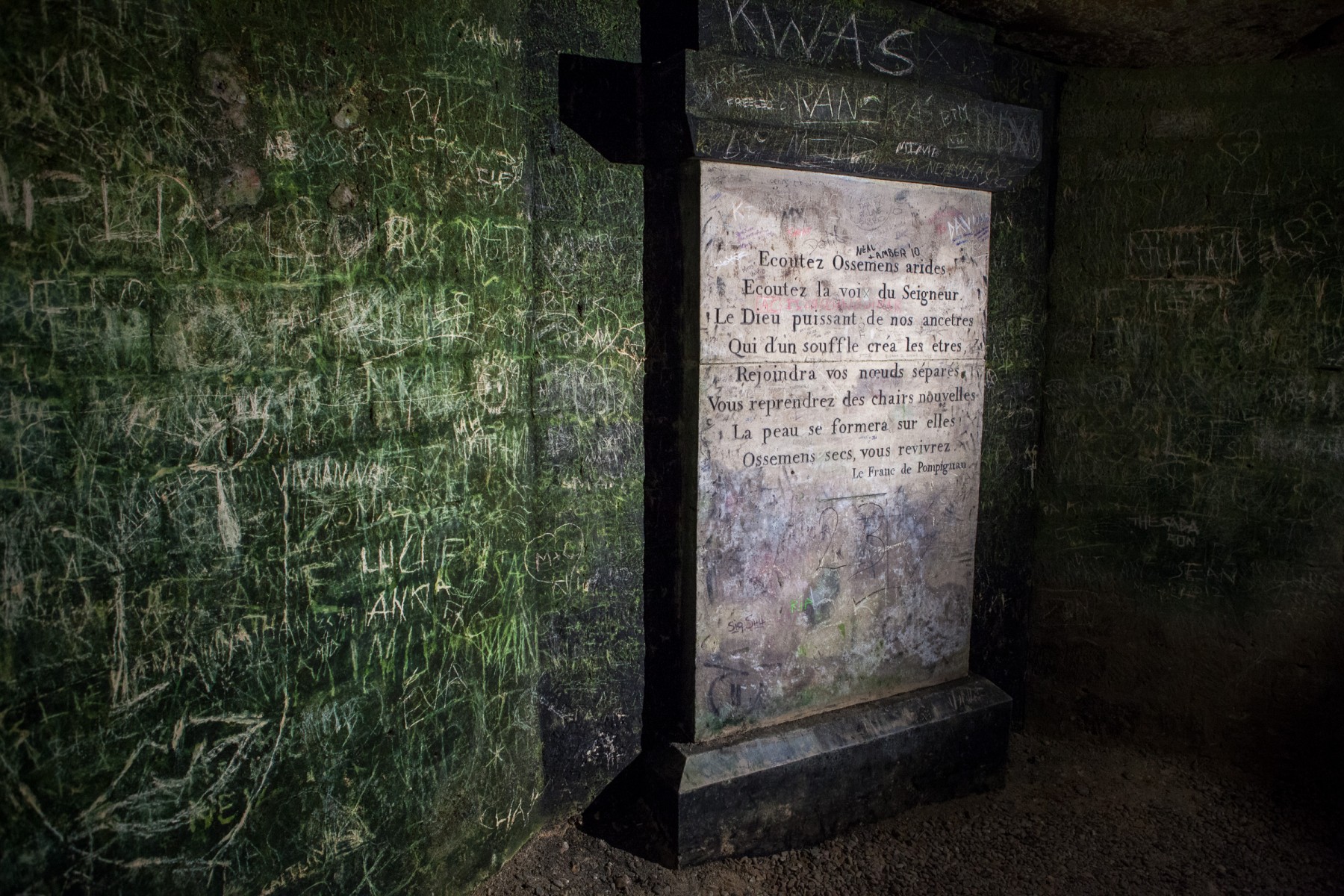 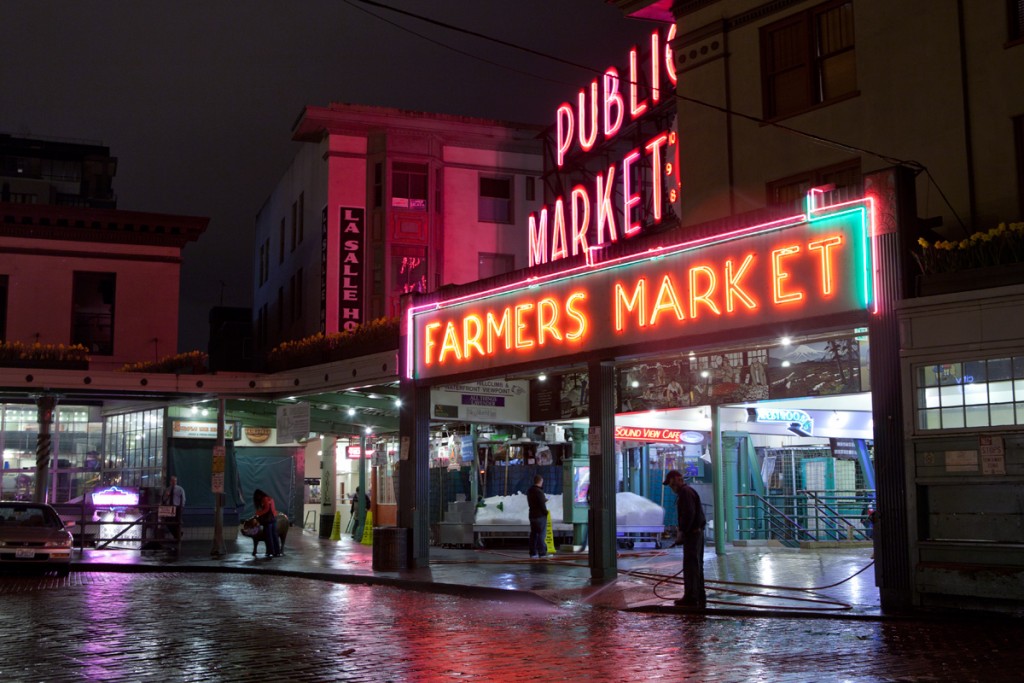 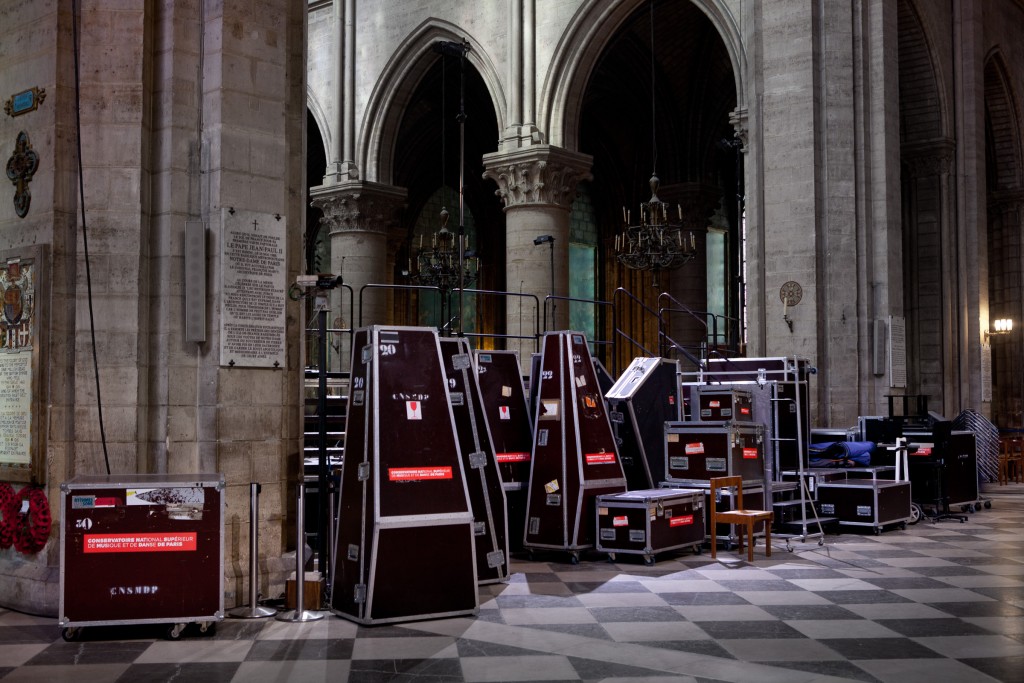 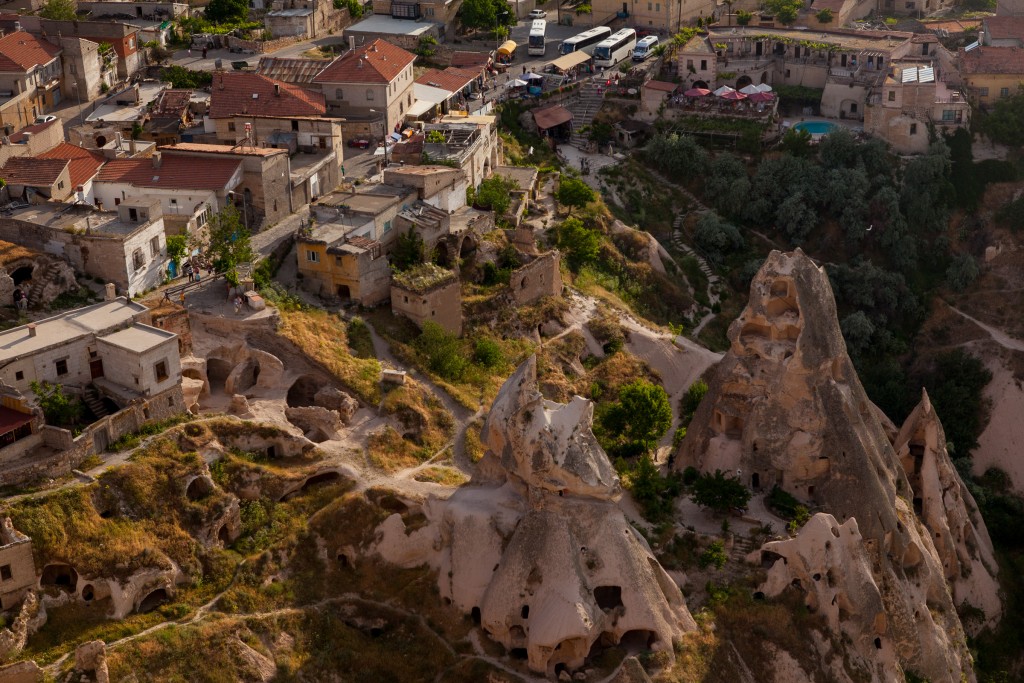