I came across Melbourne painter Jeremy Geddes on Design Is Kinky.

The Cosmonaut series is made of several large-scale oil-on-board paintings that are almost photo realistic in terms of how they’re rendered but completely surreal in terms of subject matter. Part of the fascination is just seeing these familiar alleyways that I spent so much time exploring and shooting myself rendered in this style and part of it is the mood of all these images. They have this really dreamy, lonely quality to them.

Some of his other paintings, like the one below, seem to be inspired by 28 Days Later with zombies and apocalyptic visions and the Cosmonauts series definitely has shades of Duncan Jones’ film Moon.

There’s an interview with Jeremy on Australian Edge.

You can find his portfolio on JeremyGeddesArt.com and see more of his work on his blog which seems to be updated pretty consistently and gives a good insight into his workflow and projects (including some exquisite comic illustrations) not shown on his portfolio. 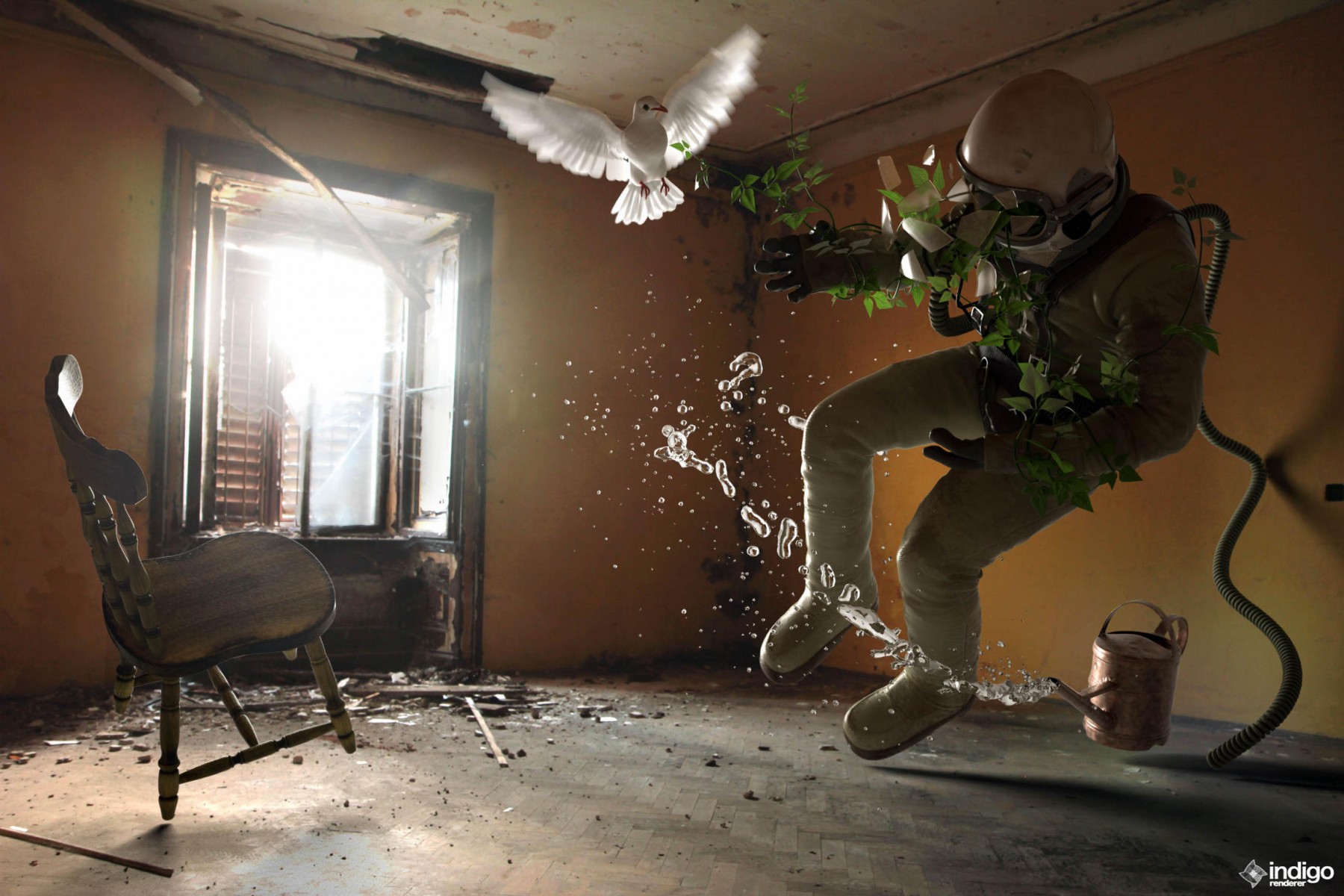 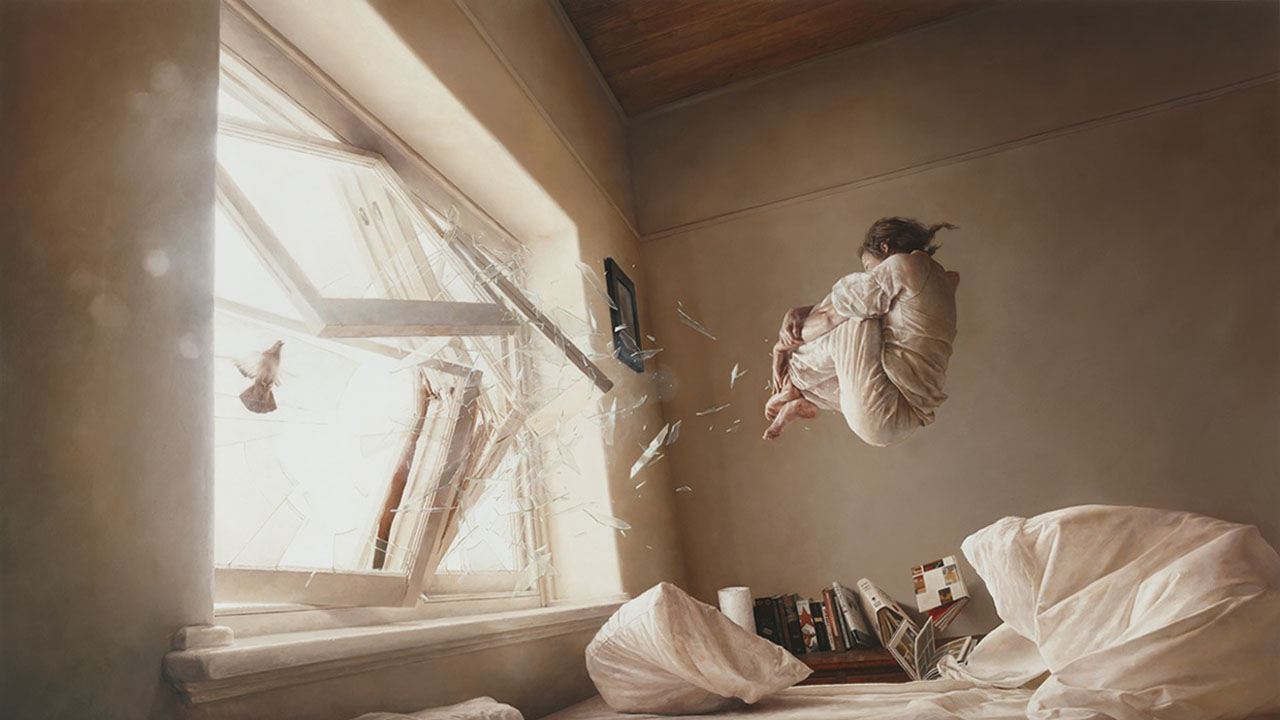 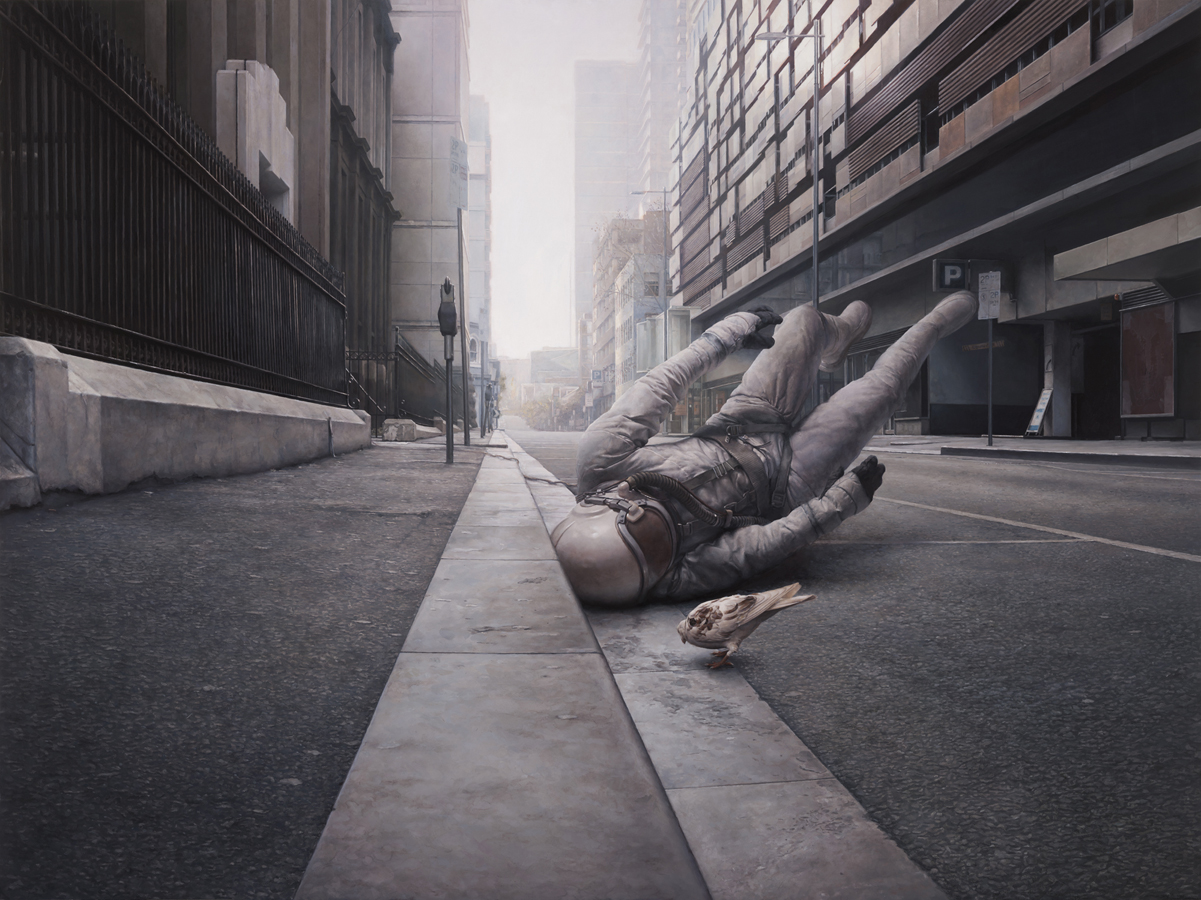 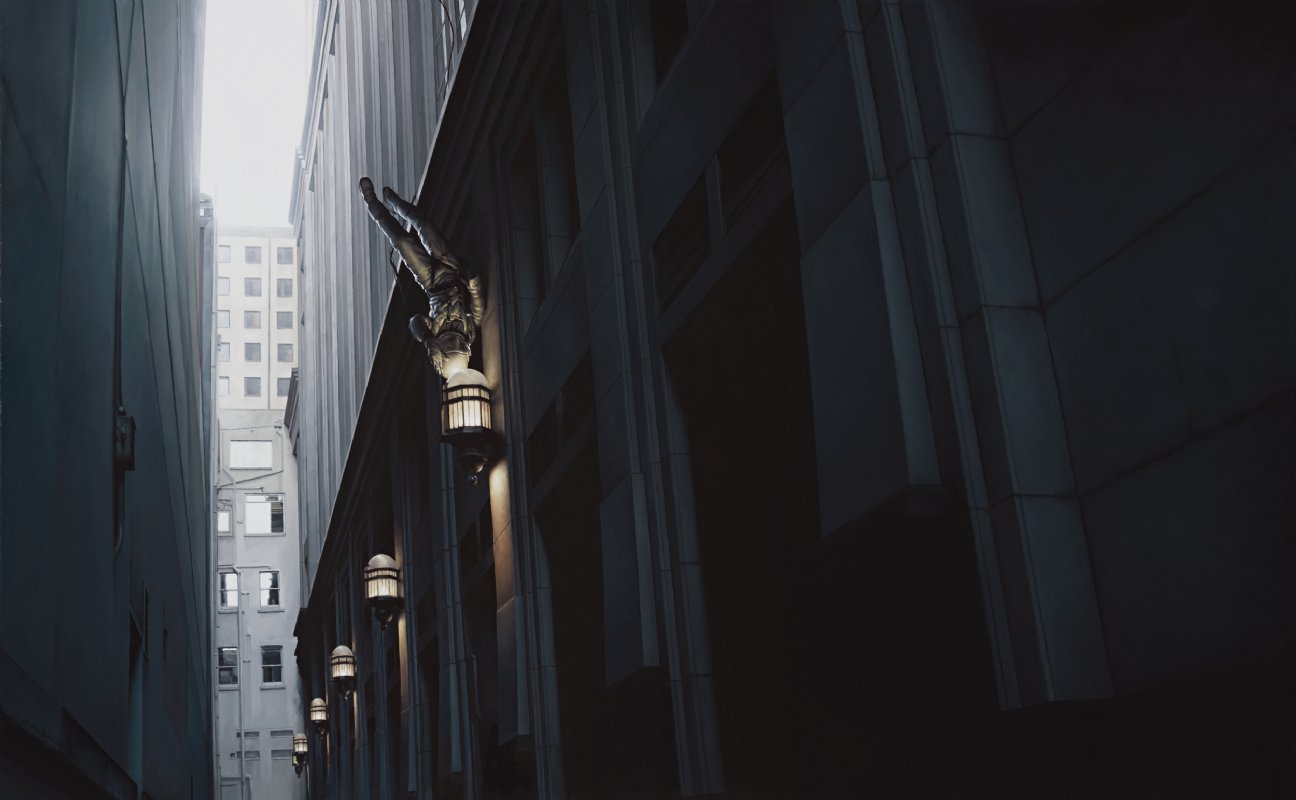 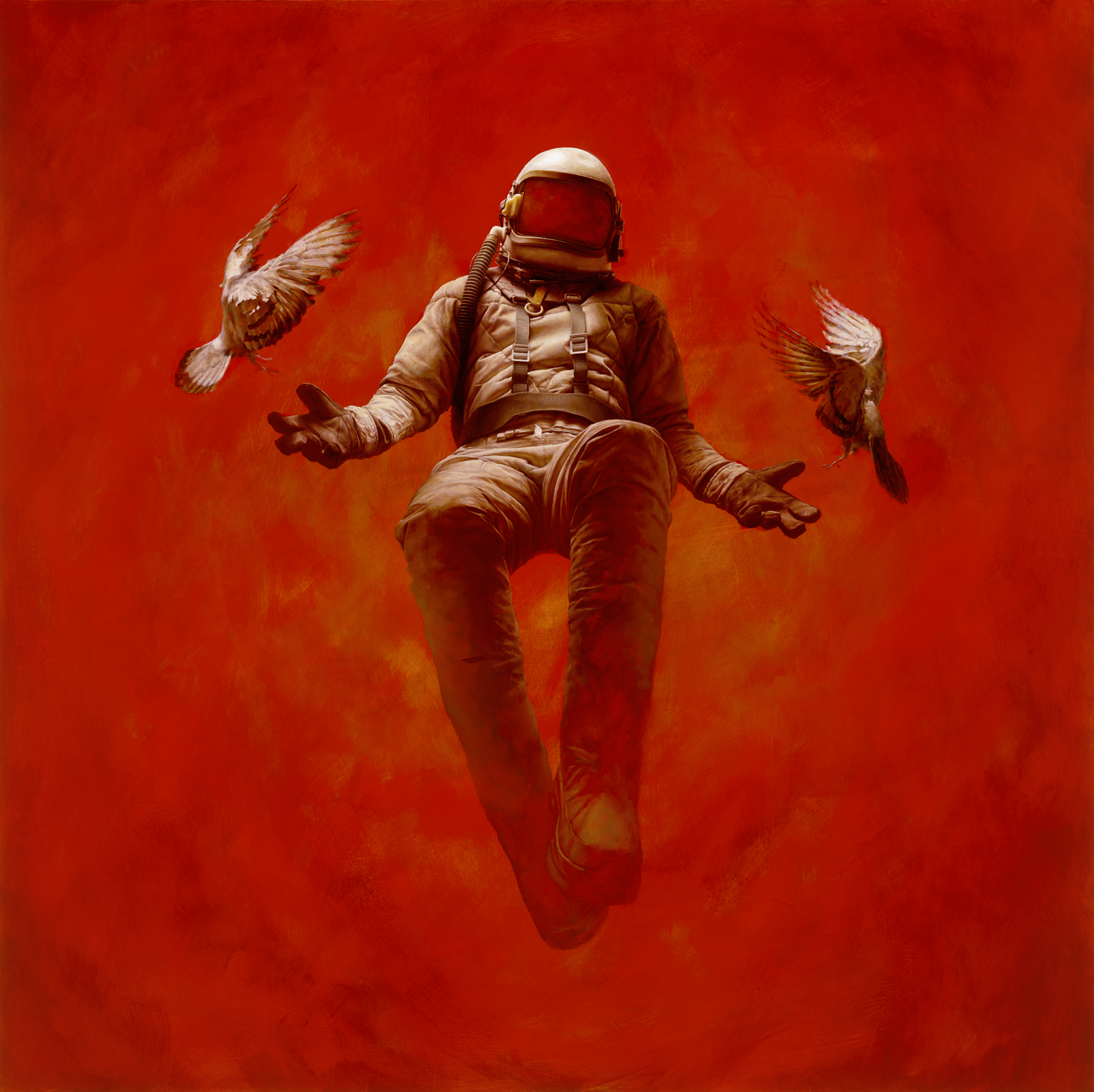 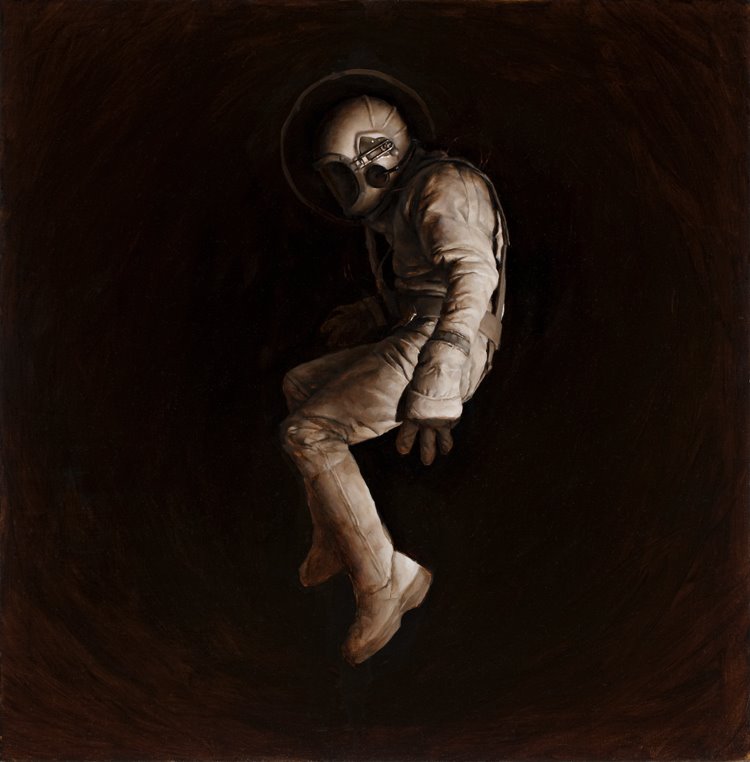 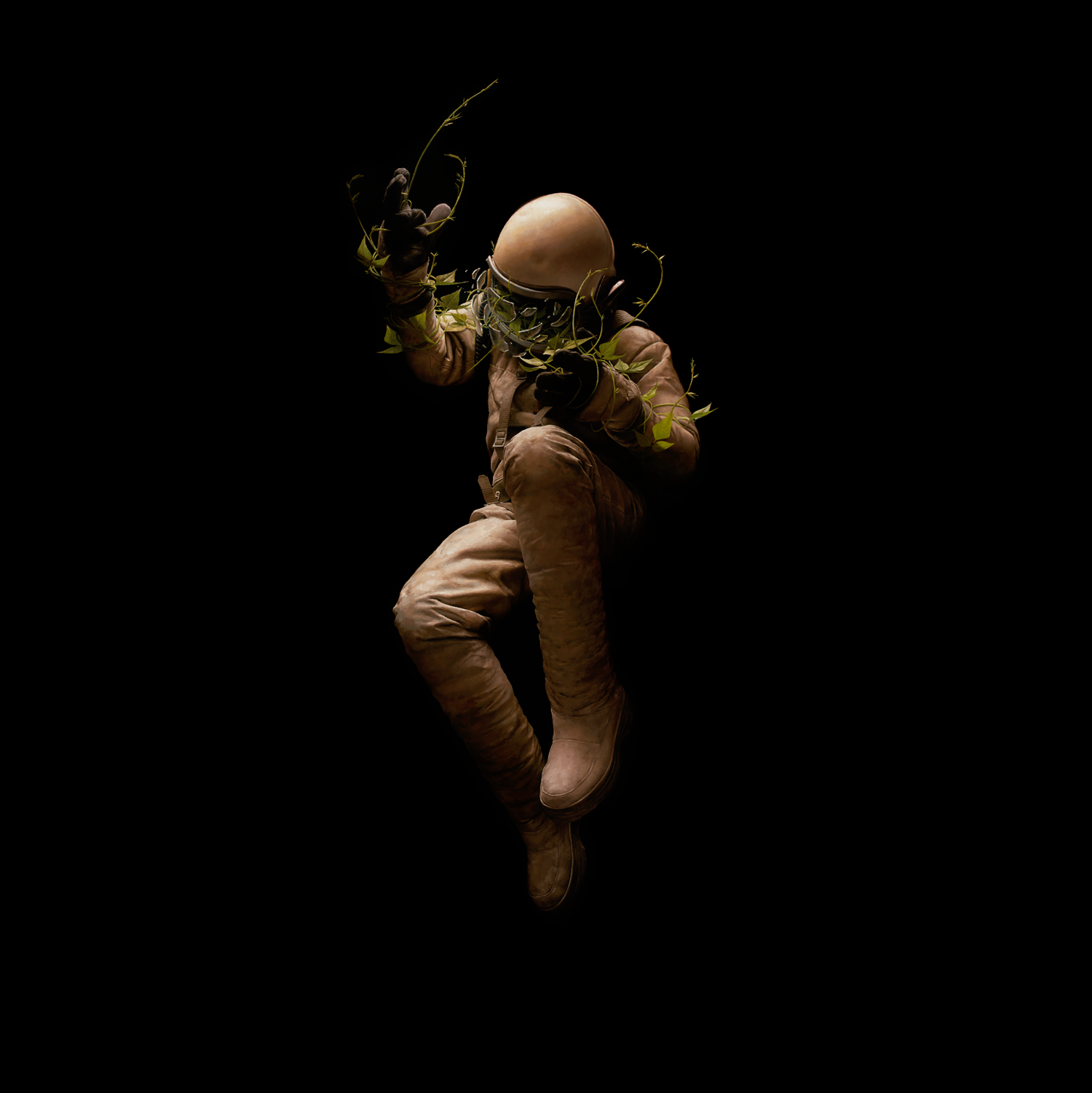 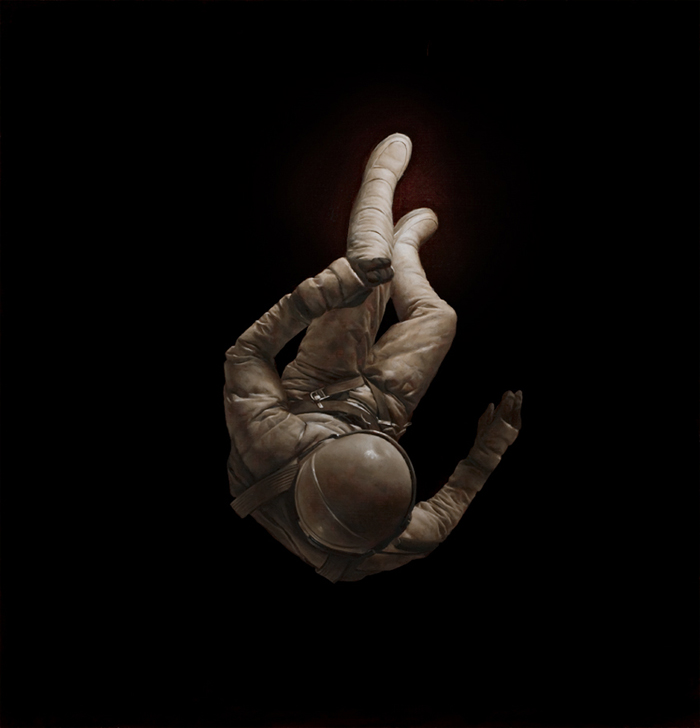 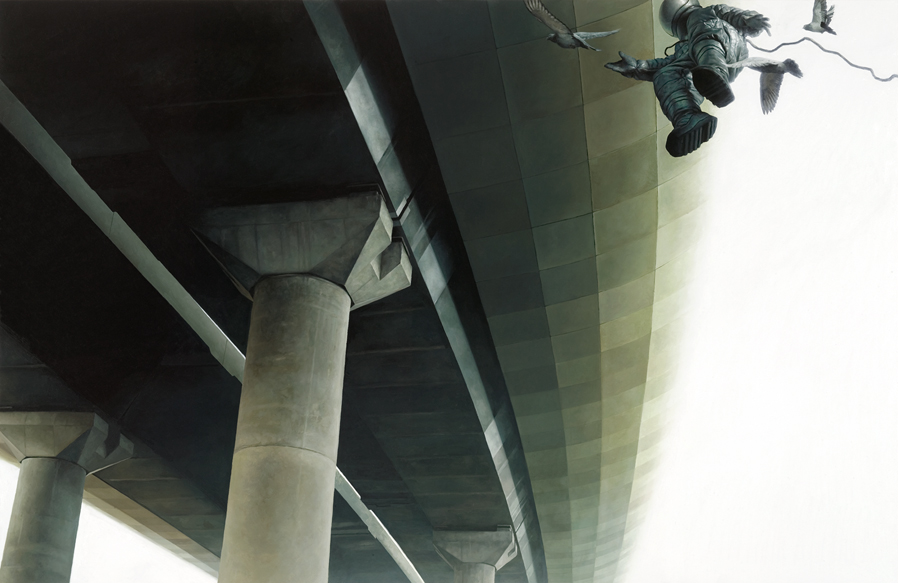 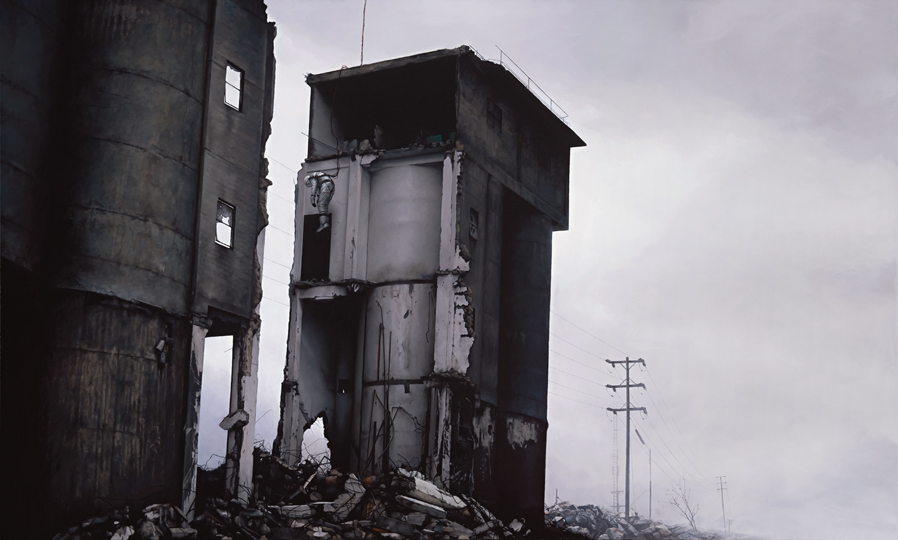